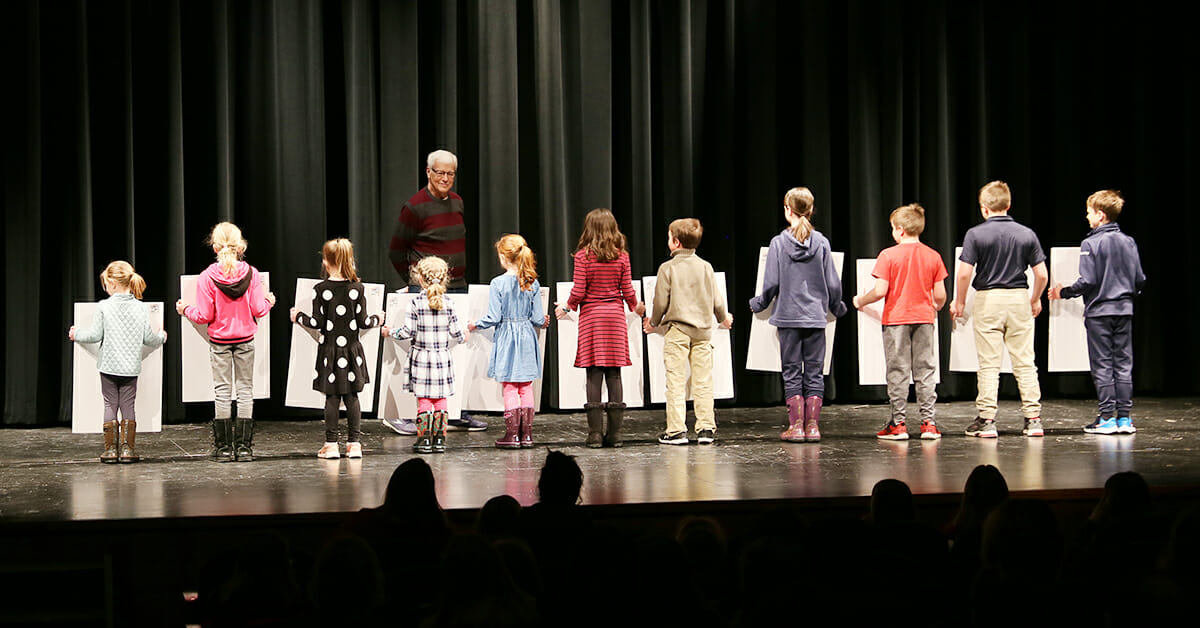 At St. Agnes School in St. Paul, one often caught second-grade teacher David Johnson making his way from his classroom to lead rehearsal for the spring musical. He’s made this same journey for more than three decades when he began directing the high school musicals in 1988. Even more impressive is his full tenure at the school. Johnson just retired after 49 years of service.

A proud 1957 graduate of St. Agnes, Johnson ran his own dance studio before he decided he wanted to work with children beyond dance. He returned to teach in St. Agnes’ lower school in 1973 right after receiving his education degree from the University of Minnesota. For most of Johnson’s teaching career, his second-grade classroom has been his home. The theater is a close second. Johnson, who has a background in dance and choreography, directed 32 productions.

Now with retirement official as of the end of the school year, he’s reflecting on his career. He’s seen St. Agnes overcome challenges to become a thriving community that’s requiring more space to accommodate significant growth. He taught through the introduction and integration of computers in the classroom. He’s also watched students grow up for decades, including his own family members.

Eleven of Johnson’s 22 grandchildren have attended the school, in addition to all his children. His wife, Nancy, also teaches at St. Agnes. This past school year, Johnson had two grandchildren in his last second-grade class.

“David has given St. Agnes nothing but his life,”Ferdinandt said. “Not everyone works until they’re 83 years old in a classroom of second graders. You want to talk about a man of faith and an example for children? David Johnson is the picture of that.”

A career dedicated to Catholic schools

Johnson appreciates the opportunity to teach in a Catholic environment where each day starts with prayer and is dedicated to Christ.

“The climate here at St. Agnes has always been very nurturing and encouraging,” he said. “Christ is our center. Faith is strongly encouraged and part of every moment.”

In this next chapter, he’ll miss the close involvement with the students, but he looks forward to new experiences. Even in retirement, Johnson plans to stay involved with the school’s theater productions and serve as a substitute teacher.

The curtain may be closing, but not all the way.