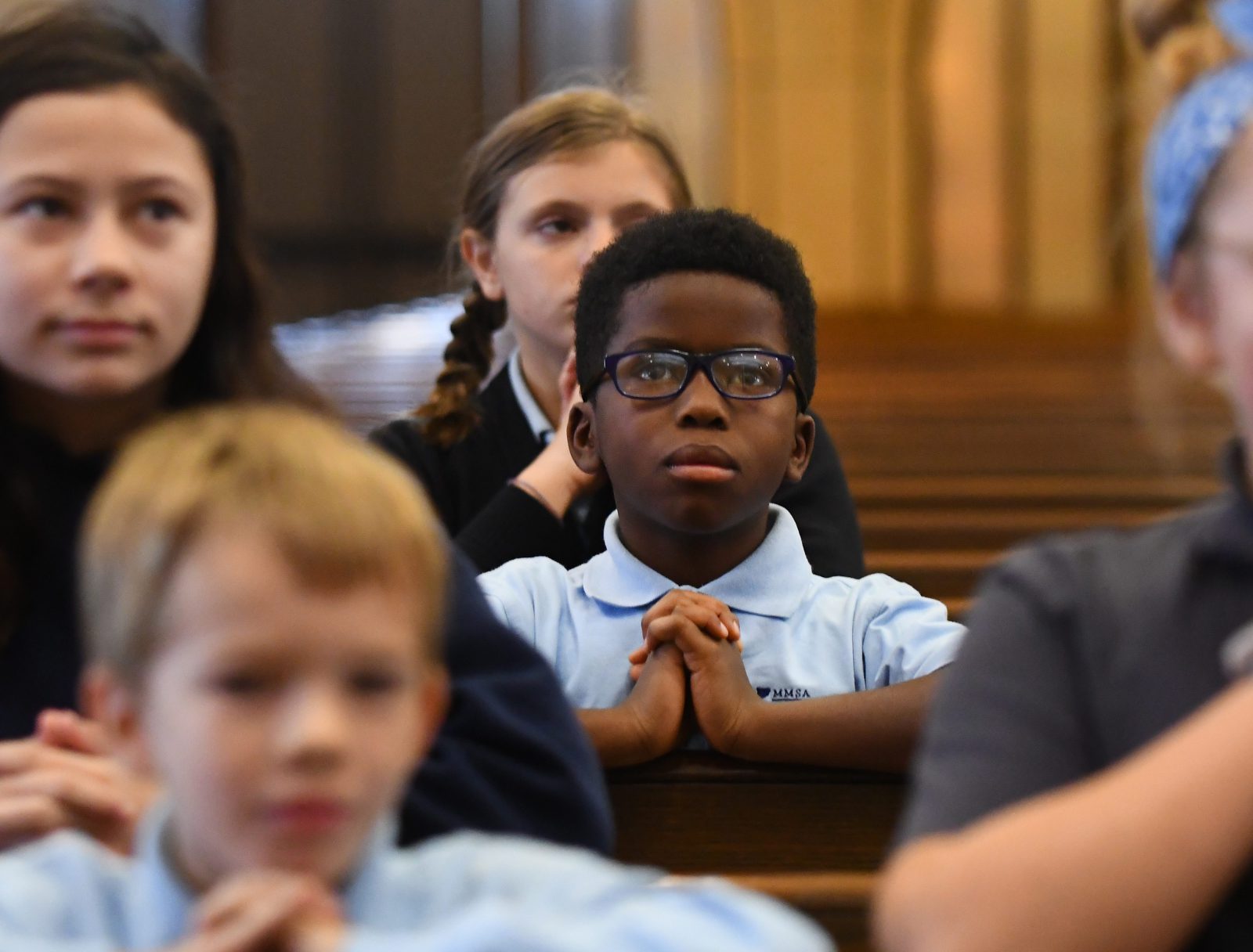 Like several schools across the Archdiocese of St. Paul and Minneapolis, St. Max recently expanded to meet demand. Preschool through sixth-grade enrollment nearly doubled in the last five years.

The parish and school advisory board believed it was important to give students two more years of a faith-filled time to learn, grow and become more self-confident, according to Principal Mary Ziebell.

“When we asked current families if they were interested in opening a middle school, we heard an overwhelming ‘Yes!’” she said.

Ziebell needed at least eight students to make seventh grade viable; 12 registered, ensuring that eighth grade will be added in 2023. Families pitched in to move furniture, repaint classrooms, and empty a storage room that will become an art room and science labs.

With a $10,000 impact grant from the Catholic Schools Center of Excellence (CSCOE), the school purchased textbooks and other resources. Through the CSCOE Principal Hub, an online community board, Ziebell found free desks offered by St. Alphonsus Catholic School in Brooklyn Center.

“That eased our budget and made the CSCOE grant go even further,” she said. “CSCOE has been a blessing to us, helping us continue to grow.”

Last fall, Jackie Hartmann’s twins were among the four new sixth-grade students at St. Max. This year, they don’t have to change schools, thanks to the new middle-school program.

While St. Maximilian Kolbe repurposed existing space, Our Lady of Grace Catholic School (OLG) in Edina completed construction of an addition. Part of it houses a new Catholic preschool — something the school community lacked.

“Our mission is making Jesus Christ known and loved, and we want to engage families right away with our youngest learners,” said Nicole Rogers, OLG’s preschool director. The school can accommodate 120 students. That’s in addition to OLG’s kindergarten through eighth-grade enrollment of approximately 700.

Katie Pearson was delighted to enroll her son in preschool this fall. Her daughter, a second-grade student, has flourished academically, spiritually and socially at OLG.

“The education is top notch, and the OLG community is unparalleled. We have no doubt their faith and love will enfold the preschool as well,” she said.

All preschool students see OLG specialists for art, music, Spanish and library. The preschool has its own playground and large motor room. A S.M.A.R.T. (Stimulating Maturity through Accelerated Readiness Training) room encourages large-muscle movement, and a kitchenette provides space for science experiments and cooking projects.

“We could have up to 60 preschool students next year crossing over into kindergarten,” Rogers noted. “We’re definitely a growing and thriving community.”

Congratulations to these Catholic schools across the Archdiocese of St. Paul and Minneapolis that recently expanded: