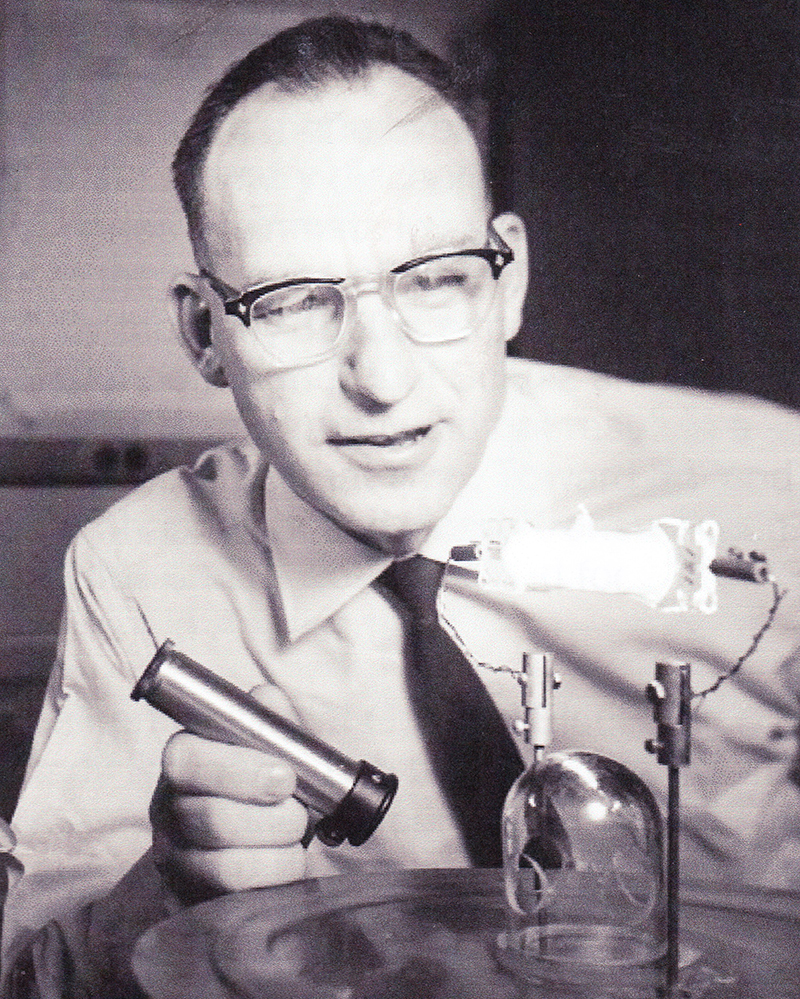 Physicist Gilbert Reiling recalls the cold and windy day when boats filled the New York Harbor, their occupants waiting to witness a historical commemoration involving his invention. On July 4, 1986, Reiling and his team watched their yearslong work come to fruition when President Ronald Reagan flipped the switch to light the Statue of Liberty for its 100th anniversary using metal halide lamps, which he first invented in 1962.

Reiling, 89, who attended St. Rose of Lima Catholic School in Roseville, was honored at the Catholic Schools Center of Excellence’s Bash, Called to Greatness, on May 5 in Minneapolis. The event raised money to support science, technology, engineering and math (STEM) curriculum in Catholic schools throughout the Archdiocese of St. Paul and Minneapolis.

Although some things have changed since Reiling attended Catholic school, he said he still very much believes in Catholic education.

“What stuck with me was the importance of Mass and going to Communion, and receiving Jesus into my heart,” Reiling said.

During the school day, the religious sisters at St. Rose of Lima taught him how to pray the rosary, complementing what his mother taught him at home.

“The rosary has been a marvelous companion all my life,” he said.

He brought that prayerful guidance to his career.

“I’ve kept a rosary in my pocket wherever I’ve gone,” Reiling said. “I hoped the Lord would lead me down the right path, and I’ve tried to take it.”

“They said, ‘We want a new torch that radiates just like the morning sun,’” he recalled.

Scientific knowledge made Reiling’s invention possible, and now many Catholic schools are incorporating more STEM into their curriculum. Reiling said he’s enthusiastic about the endeavor.

“All science is really worthwhile to all children,” he said.

“One of the things I like about the STEM program is [that] it starts in kindergarten,” he said. “So if you’re going to learn the kind of chemistry and mathematics that you need for the jobs that are in the future, you’re going to have to start young.”