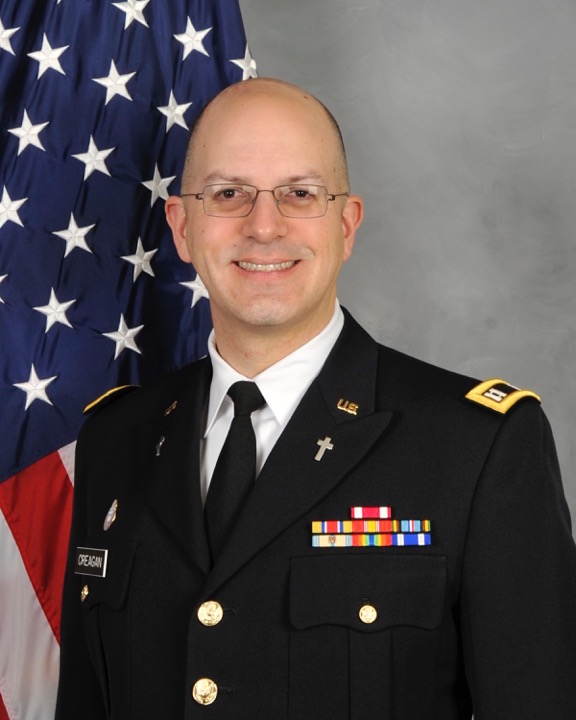 Father Michael Creagan, pastor of St. Joseph in West St. Paul, was born in Japan and grew up in Hudson, Wisconsin. He graduated from the University of St. Thomas in 1993 with a bachelor’s degree in international studies and earned a master’s degree in 1997 from the St. Paul Seminary School of Divinity. He was ordained a priest by Archbishop Harry Flynn in 1997.

Father Creagan served as parochial vicar for St. Michael and St. Mary in Stillwater from 1997 to 2002 and pastor of Sacred Heart in Robbinsdale from 2002 to 2008. Since 2000, he has served as an adjunct spiritual director for St. John Vianney College Seminary in St. Paul.

Creagan is a member of the Knights of Columbus and a Knight of the Equestrian Order of the Holy Sepulcher of Jerusalem. He was commissioned as a captain in the Army National Guard in February 2013 and currently serves as the chaplain for the 334 BEB with headquarters in Bloomington.

“The overall mission of Catholic education, as I see it, is to make the name of Jesus known and loved, to raise our young people to be good disciples, to grow in that love of Jesus, to receive a fantastic education and to really enter the world not only as faithful citizens, but also as good disciples,” Father Creagan said.